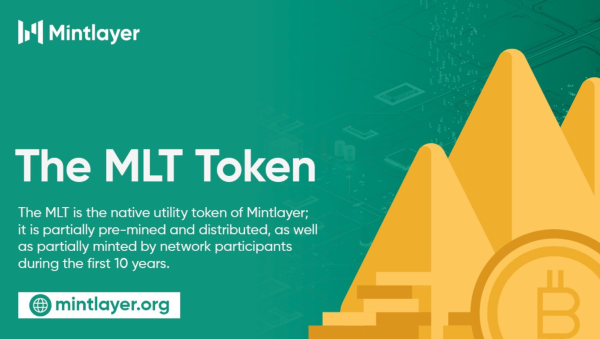 Mintlayer is a Bitcoin sidechain dedicated to the tokenization of assets, such as stock tokens and stablecoins. It is a Byzantine fault-tolerant distributed and permissionless ledger protocol that uses the Bitcoin blockchain as a source of randomization and time calculation to determine the active roles that network participants play within a given time period.

It was created with an asynchronous network in mind where through its checkpoint system built into the protocol, it protects its Proof-of-Stake validation from long-range attacks.

Mintlayer Token (MLT) is the token users can use for staking, and it can also be spent as fees for any transaction like a gas token or as a fee to create other tokens on the Mintlayer blockchain. However, Mintlayer does not have a single gas token since every token can be potentially spent as a transaction fee.

Mintlayer’s wallet has multi-token support, including bitcoin (BTC), Mintlayer (MLT), and all tokens issued or pegged on the chain.

The full spectrum of users, from institutional investors to beginner traders, benefits from Mintlayer’s wallet. In this non-custodial solution, users can access their funds from a hardware wallet or via private keys.

Mintlayer is an open-source project, and every developer is free to contribute, fork the codebase, or create alternative software following the consensus/protocol RFC.

Additionally, they can also stipulate that users can’t transfer the tokens until a specific date or time and that the transaction may require multiple signatures for approval.

Learn more about Mintlayer through its official website to get to know more about the protocol, the future of Mintlayer, and its plans moving forward.

Identifying CRO’s hike potential on the back of Ukraine crisis

Identifying CRO's hike potential on the back of Ukraine crisis